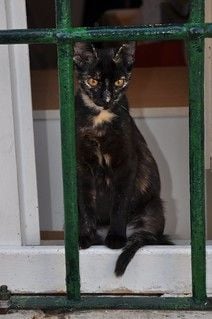 An Alley Cat is a stray cat that has been born to other ferals or from stray cats, and that are unaccustomed to human interaction. There are two types of alley cats: the feral cat and the stray cat. The main difference between these two types of alley cats is the amount of time they have spent being around humans as well as their behavior when in contact with people.

The term Alley Cat is often used to describe stray cats, homeless domestic cats and feral cats. A stray cat is a pet that has been lost or abandoned by its owner. These are the types of cats that you may find roaming around your neighborhood looking for food. Homeless domestic cats are pets who have escaped their home due to an open door, window or fence. Feral Cats are born from other ferals or from stray cats and unaccustomed to human interaction such as feeding them, taking care of them or touching them.

What is an Alley Cat? Define what an Alley Cat Is. An alley cat is a stray, homeless domestic cat that roams the streets or live in alleys waiting for food from humans. It also can be called a feral cat, which are unaccustomed to human interaction and have been born to other ferals or strays cats